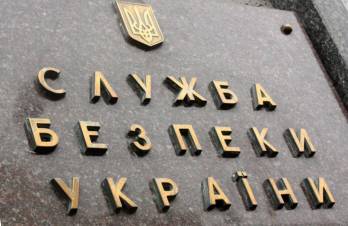 The Security Service of Ukraine (SBU) is being praised for saving one man’s life not just once, but twice.


Ilya Bogdanov is more than just a well-known blogger. He is also a former employee of the FSB (Federal Security Service) of Russian Federation and a member of the volunteer battalion in the anti-terrorist operation zone (ATO).

According to Russian media, this is the second thwarted attempt by an organized crime group to abduct and kill Bogdanov.

“We have carried out the operation, related to the intentions of an organized criminal group, led from abroad, from Russia, to arrange the abduction and murder today of a peaceful citizen of Ukraine,” the SBU chief Vasyl Hrytsak said at a joint briefing with the General Prosecutor Yuriy Lutsenko in Kyiv on Friday.

The first attempt was back in February 2015 and the would-be killer was just recently sentenced. It is believed that the killer was hired by Russian FSB officers.

As reported by a Ukranian News Agency on Monday, Kyiv’s police communications department said that the law enforcers are searching for Bogdanov after his friends and acquaintances went to the police with a statement on his disappearance. They said the last time they talked to him was on November 12, 2016. A criminal investigation into his disappearance was opened pursuant to Article 115 (premeditated murder) of the Criminal Code of Ukraine along with the operational-investigative measures.