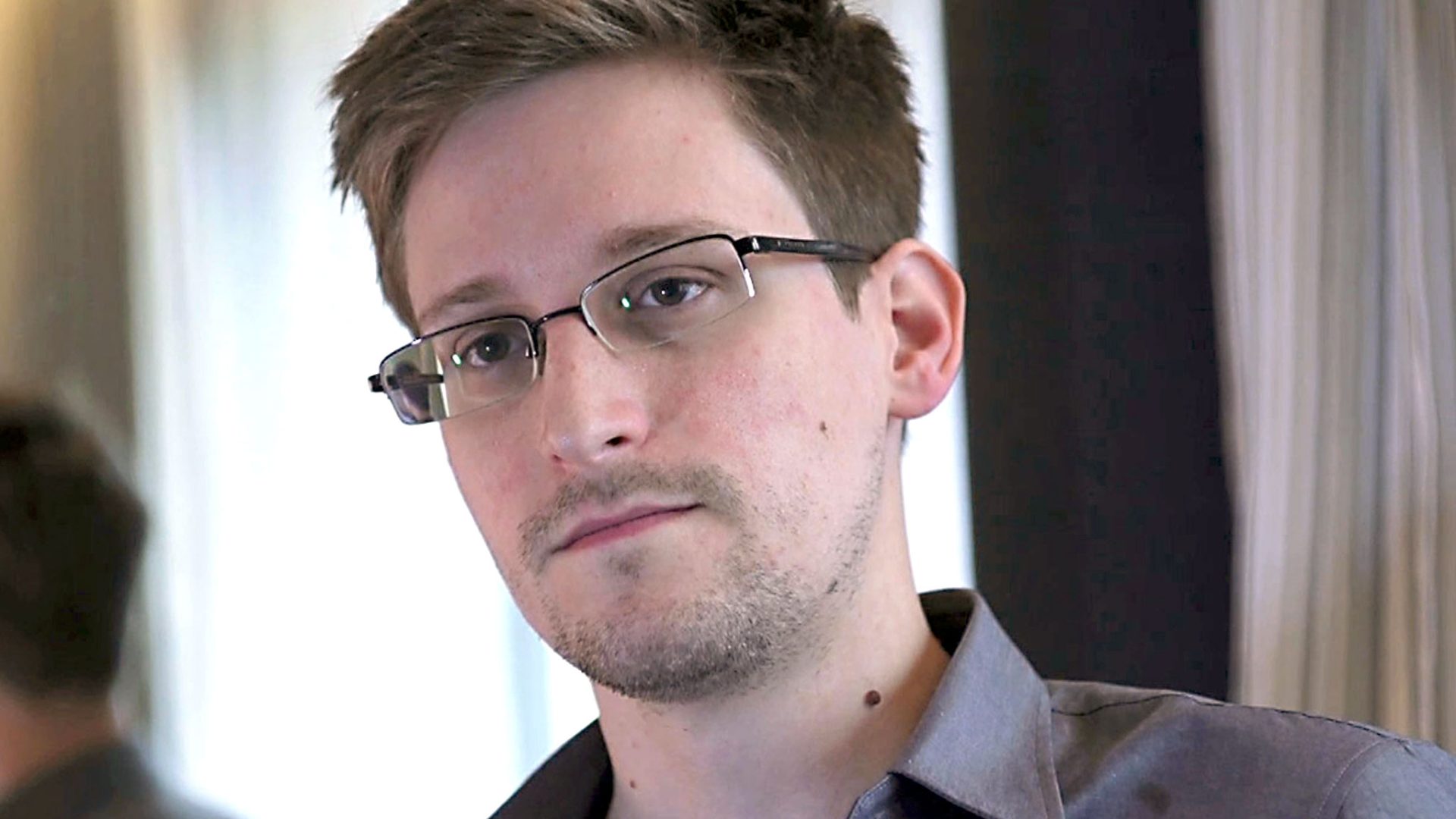 Earlier today, Twitter added a new celebrity to its ranks: Edwards Snowden, the U.S. National Security Agency (NSA) whistleblower. Welcome to Twitter, Edward Snowden (you’re only basically a decade late). His bio reads, “I used to work for the government. Now I work for the public. Director at @FreedomofPress.”

So what did Snowden do with his new platform? Well, not much, really. His first tweet recalled an ancient Verizon Wireless advertising campaign from 2002—“Can you hear me now? Good.”

Can you hear me now?

Then, Snowden passed a series of tweets back and forth with astrophysicist Neil deGrasse Tyson, director of the Hayden Planetarium In New York City. At one point, Tyson asked Snowden to respond to several labels: hero, traitor and geek. Snowden explained that he’s just a citizen with a voice.

.@neiltyson Thanks for the welcome. And now we've got water on Mars! Do you think they check passports at the border? Asking for a friend.

Snowden gained international acclaim from some, and ridicule from others, when he illegally leaked classified information from the NSA in 2013. Information from Snowden’s leaks appeared in several large publications, including The Washington Post and The New York Times.

As you’d expect, Snowden’s surprise entrance to the Twitterverse stoked a bit of controversy. Many Americans are appreciative of the information that Snowden leaked, but they feel that he should come back to the United States and face the justice system, potentially giving himself up as a martyr for the cause. Since Snowden blew the whistle on the NSA, he has been granted temporary asylum in Russia, a point of contention between American President Barack Obama and Russian President Vladimir Putin.

Again, welcome to Twitter, Edward Snowden. We hope you enjoy your stay. And yes, we can hear you now. The question is, what are you going to say?