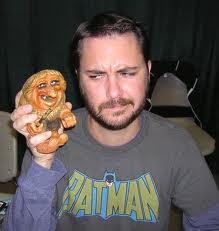 It seems like everyone these days loves the ability to Tumblr to attract new readers but Google+ might not be included in that group, especially after Star Trek actor and geek superstar Wil Wheaton took to his Tumblr account on Thursday to flip out on Google+ over a forced registration request while watching a YouTube video.

Oh, go **** yourself, Google. This is just as bad as companies forcing me to “like” something on Facebook before I can view whatever it is they want me to “like.”

Just let me thumbs up something, without forcing me to “upgrade” to G+, you ****heads.

The worst part of this? For a producer like me, I’m going to lose a crapton of potential upvotes for Tabletop, because the core of my audience is tech-savvy and may not want to “upgrade” to yet another ****ing social network they don’t want or need.

You might think Wil Wheaton is just another crazy guy ranting on the internet but he commands an audience of more than 1.4 million followers on Google+ alone and his new found distaste should he choose to leave Google+ could turn many users against the Google led social network.

Do you think Wil Wheaton has a valid point or did he go crazy over nothing?