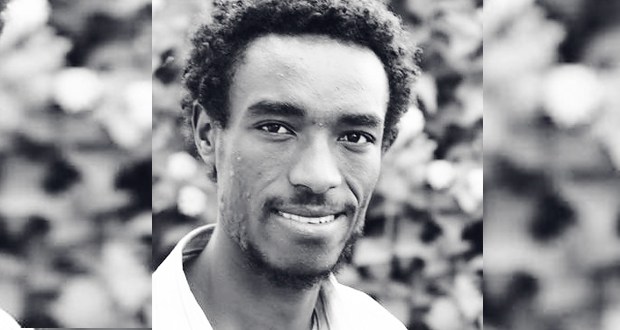 On November 17, Reporters Without Borders held the Reporters Without Borders-TV5 Monde Prize award ceremony in Strasbourg, Ethiopian blogger association Zone9 being one of the awardees. Zelalem Kibret, the Zone9 Ethiopian blogger representative was about to board his flight when immigration authorities apprehended him and confiscated his passport. He wasn’t even given the chance to explain, call, or consult a lawyer to handle the situation.

Reporters Without Borders (RWB), or Reporters Sans Frontières (RSF), is a non-profit organization that upholds the right to free speech and protection of online publishers. They focus specifically on freedom of the press, with bloggers included.

They provide information about bloggers and journalists who have been killed, imprisoned, abused, and treated inappropriately all over the world, to spread awareness.

In Kibret’s case, while the apprehending officials claim that he was detained due to his arrest record in July, Clea Kahn-Sriber, head of ASF’s Africa desk says it doesn’t make sense.

She says, “We are surprised and disturbed by the travel ban imposed on Zelalem Kibret…No restriction was placed on his movements when he was released in July, and the rest of the collective was cleared of all terrorism charges in October. We do not understand why his passport has been confiscated and we urge the relevant authorities to quickly restore his rights.”

Kibret and another member of Zone9 were arrested in April 2014 because of alleged terrorist acts. They were held for 15 months but subsequently released in July 2015.

While Kibret was allowed to leave the airport, his passport was confiscated and he was mandated to go to the police the next day. In spite of the lack of charges, Kibret was told that an investigation was being done and that his passport will not be returned until the proceedings reach a conclusion.

This is disturbing news that every blogger should be aware of and fight against. Ethiopia, in particular is one country that has a bad record for clamping down on the media – especially private-owned ones. In fact, dozens of journalists (including the founder of Zone9) have left the country due to “witch hunts” that the government perpetrates.

As of now, there is no further news of Kibret’s status, but with how the Ethiopian government handles the press, we can only hope that international pressure and vigilance can influence a positive outcome.

You might also want to read: Rickrolling to Victory