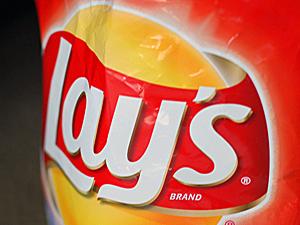 You may recall a while back when Zynga teamed up with Green Giant products to bring a bit of realism to Farmville, now the company has decided to once again bridge the online world to the real world, this time through the use of Lay’s Classic potato chips and Doritos.

Each time a customer buys one of those items they will receive a special code which can be used in FarmVille, CastleVille and CityVille by accessing each game’s Game Card Redemption tag on Facebook.

To find Frito-Lay products that offer the option just look for specially marked bags of chips which are only available at Walmart at this time. The chips are being sold next to $15 and $25 Game Cards and the promotion is set to run from today through April 12.

Prizes users can receive include a spring llama in FarmVille when users purchase Funyuns, a Lucent apartment in CityVille with a ruffles purchases and a sunburst banner in CastleVille when Cheeto’s are purchase.

If you buy one of those $15 or $25 Zynga Game Cards at the same time you can get “super items” including a glowing glass condo in CityVille.

This isn’t the only big advertising ploy Zynga has implemented recently CityVille users can now receive items after they have interacted with a sponsor, most often by watching a 30 second advertisement which then provides products and other items to players.

Do you think Zynga will draw a bigger audience by bridging the offline and online worlds?