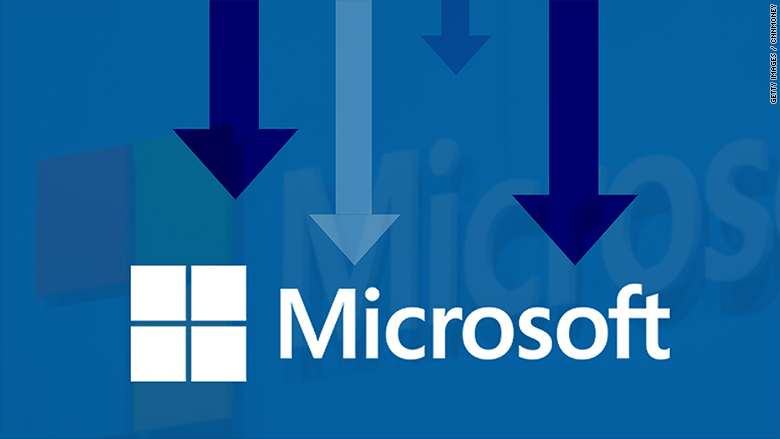 It’s almost expected at this point for the web  to work flawlessly. And it’s easy to see why: Titans like AOL and Microsoft are just expected to run their websites and services as they’re supposed to be run. As a result, it’s easy to lose sight of the fact that these services are subject to flaws and failures too.

Especially when you consider all of the data breaches that have been going on, even to the point where massive sites are being shut down, it’s important to look back to the past so we can see just how the future might play out.

In this post, we’re going to take a look at the four biggest website disasters from way back in the 1990’s and early 2000’s in order to get that better view into just how fragile these websites & services can be as well as how they can be improved moving into the future.

1) Hotmail Inboxes Exposed to Everyone

This fairly unbelievable breach was caused when a dedicated group of hackers was able to find that each and every Hotmail account could be accessed simply by using the password “eh.” The hackers claimed that this was a situation of a backdoor oversight by Microsoft employees, but the company later denied this claim.

Believe it or not, this didn’t actually affect Microsoft that much, as their stocks only went down by a point. The source on this one was ZD Net, and the cost was $55,000, or a $.001 average loss per visitor. This only had a middling effect on the reputation of Microsoft. It didn’t hurt them very much. The damage ranking here would only be 3/10, and Canadians might especially be happy with this one.

This botched situation came right on the heels of an advertising campaign that stressed the service’s reliability over other competitors. The outage was so significant that it affected sites like Microsoft.com and MSN.com, sites that previously were seen as untouchable when it came to outages or even mistakes.

You might be seeing a pattern of mistakes made by Microsoft by now. This was another Hotmail-related screw up, this time caused by Microsoft forgetting to re-up their registration with passport.com back in 1999. What this essentially did was rob Hotmail of its ability to authenticate, which effectively shut all users out of their accounts.

Unbelievably, a Linux user by the name of Michael Chaney came to the rescue by paying their bill to get Hotmail back online. The software giant later reimbursed Chaney of the money it took to get the service back on its feet, and they also presented him with a $500 check as well as some other kinds of free software. Chaney was so kind that he put the check on eBay, and the funds eventually made their way to an organization that helps the homeless as well as those living in poverty.

Finally, we come to an item on this list that doesn’t have anything to do with Microsoft. This one was addressed by AOL’s CEO in a rather strange way: He posted a note to all 6 million of his company’s subscribers that started by saying, “Wednesday was a bad day for me.” The CEO blamed his bad day on some changes within the local area network that had gone on that day.

No one knows why exactly these switches brought AOL to its knees, but it caused the site to be down for a whopping 18 hours in total. As a result, AOL subscribers were given a refund for a one-day amount of what they would usually pay per month. This would add up to $.66 per person which would add up to a total loss of $3.9 million to be reimbursed. It’s easy to see why the CEO was having a bad day.

Small businesses and bloggers can learn a lot from mistakes that major firms have made over the years too. When you keep abreast of the history of web and WordPress hosting disasters, you make it that much more likely that you’ll be able to see a future disaster coming and prepare yourself accordingly.

Do You Know The Top Web Hosting and SEO Trends For 2016?