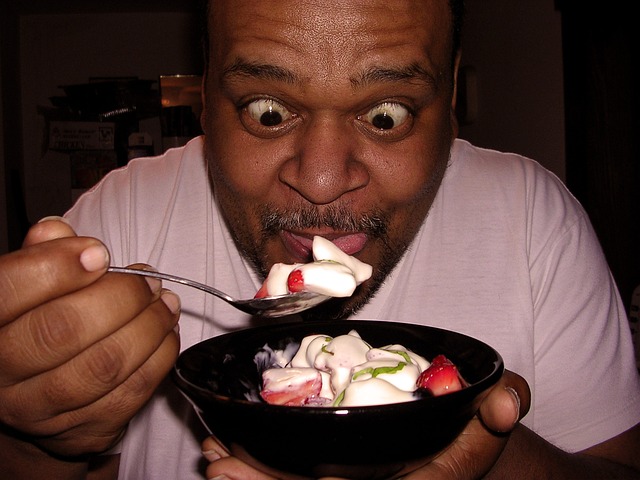 Mukbangs started out in 2010 and has been gaining international fame over the last decade. Bloggers and influencers that do these mukbangs can earn as much as 10,000 US dollars in one video. Since this kind of content is popular, many people enjoy making it. However, mukbangs have a much darker background than audiences could imagine.

There is a lot of trending content on social media. Some trends are entertaining, while some are weirder than others. One of these interesting trends is mukbang.  A Mukbang is an online trend that originated in South Korea which features influencers consuming ginormous spreads of food while interacting with an audience, in front of a camera. Basically, for audiences, it is getting entertained while watching another person eat. Some influencers use this as an interesting twist to talk shows and interviews. There are food try-outs, exotic food challenges, and even food reviews. While some video contents focus mainly on food consumption like ASMR mukbangs. As some people find the sounds of chewing, slicing, crunching, and the like relaxing and sedative, ASMR mukbangs have become trendy and are treated as “brain massages”.

Why is it so popular?

There are multiple reasons why mukbangs are unusually popular. One of these is a person’s sense of social isolation. In many developed countries in the world, many individuals live alone and crave a sense of companionship. For many cultures, having a meal is a social activity which is why eating alone is considered lonesome. Watching another person eating while having a meal gives a sense of “eating with somebody”.

Another reason why mukbangs are popular may be the virtual satisfaction of a craving. Maybe, for some people, watching another person eat a good meal could give them a virtual taste of delicious-looking food. Although it is unusual for many, this may be the truth for some.

One other reason why a mukbang is popular is the fact that it can be really entertaining. Watching a person from a different culture eating exotic local food can be enjoyable. Influencers that show the preparation of their meals gives their viewers a sense that they are watching a cooking show. Hearing crunching sounds could be relaxing for some. Also, watching a petite person eat such an enormous spread of food is unbelievable yet awe-inspiring for many.

An Issue of Health

For bloggers and influencers who are planning to try out a mukbang video or vlog, it is important to understand the different health risks. Too much of anything is always dangerous. Just imagine, viral mukbang influencers can consume as much as 4,000 calories in just ONE MEAL. The standard amount of calories a regular person must consume IN ONE DAY is about 2,000 to 2,500 calories. Elite athletes with rigorous training routines may take up as much as 3,500 calories IN ONE DAY. This means viral mukbang bloggers take up the daily limit of calorie intake in just one sitting.

There are two kinds of health risks – short term discomforts and long-term illnesses. Short-term discomforts may happen when trying out mukbangs a few times or for the first time. However, doing content on mukbang regularly may lead to terrible health risks.

Short term risks are varied, depending on different factors. These could range from physical discomforts of excessive fullness to intense short term risks like fatigue and lethargy. Over-eating could lead to stomach upsets which could worsen and become gastrointestinal distress. Factors that may affect short term discomforts may include levels of spiciness and even the volume of consumed food.

Long term illnesses are a much terrifying effect of mukbangs. Too much oil, fat, sugar, and chili could lead to a variety of health problems. Excessive weight gain, diabetes, heart disease, among others. People could also get acne breakouts,  from excessive consumption of fat, oil, and carbohydrates.

It is never advisable to consume food more than the suggested serving size. For bloggers and influencers who are planning to try out these kinds of contents, it is best to consult first with medical professionals.

It is noticeable that many mukbang bloggers do not gain a considerable amount of weight despite recording eating videos regularly. Some bloggers say that a hack for this would be to spit out the food in between takes. This becomes obvious when there are too many edits or outtakes in a single video.

Mukbangs do have a societal impact, and it is not always that great. This could lead to promoting disordered eating and also promoting excessiveness. Some psychologists may even consider this as triggering addiction and negatively impacting viewers’ eating habits.

Although this may be a healthier option for influencers, it is not necessarily practical. Food waste is a global problem where tons of uneaten food go to landfills regularly. Trillions of dollars are lost every year because of food wastage. Surely, this number leads to bigger problems in terms of economic finances.