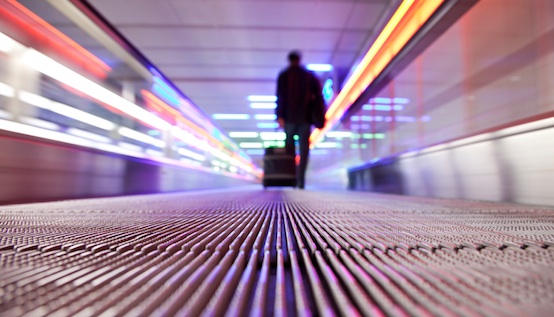 What can you learn from the best travel bloggers? Quite a bit, regardless of what kind of blogger you are, from foodie to relationship disher-upper, or even if you haven’t quite started a blog (yet). Travel bloggers provide a unique perspective, which can be challenging, considering there are over 1.3 million blogs dedicated to travel alone; only a few of them are monetized and garner enough followers to put them at the top of the class. The Huffington Post recently named the top travel bloggers around the world who blog in English, and came up with an impressive list of candidates for the top spot.

However, what’s most interesting isn’t necessarily where these bloggers have been, but the kind of advice they have to offer; not just fellow bloggers, but anyone. For example, Lee Abbamonte is a 35-year-old New Yorker and holds the title of “youngest American who managed to travel to all 193 countries in the UN in addition to 313 TCC countries.” He’s a TV personality, brand ambassador, and has appeared on big channels from BBC Travel to CNN. Earning a spot as “Jet Setter of the Month” according to Women’s Health, he says, “Don’t be afraid to ask for money; don’t be afraid to be told no; be relentless and aggressive; remember you are selling yourself at all times, so always be closing.”

How to use advice

Lee’s comments can work in a myriad of circumstances, whether you’re newly in charge of a massive email marketing campaign for your company or traveling abroad for the first time. Being afraid of the word “no” can kill a life-changing idea before it’s even beyond the planning stages; what would have happened to the mobile movement if engineers and entrepreneurs stopped when they were told no? It’s just two simple letters, yet most people are terrified of them (when they should, perhaps, be more wary of the word ‘yes’).

Then there’s Jenny McIver, who has been to 152 countries and counting while still managing to maintain a full-time job. Every year, she commits to taking a one-month trip all over the world, which has earned her the title of Miles Maven from Money Magazine and she’s also authored a book on globetrotting to help other nomads make dreams come true. She says to “Polish your writing skills; no one wants to read a boring play-by-play of your trip to Italy. Good writing and interesting destinations keep readers coming back.” In an increasingly digital and mobile world, solid writing chops are more important than ever. With marketing, you’re simply not going to succeed without having great writing skills, which is more than knowing proper grammar (and you’re certainly not going to succeed without these as a blogger). From search engine optimization to writing quality content and social media posts, writing is the new communication du jour that you just need to have. Luckily, it’s pretty easy to improve whether you read more or take a community class.

La Carmina was born in Canada and fell in love with Japanese culture and fashion, and the TV host has appeared on National Geographic, the Food Network and Travel Channel where she covered 50+ countries. She’s been interviewed in a myriad of media outlets and is known for working the niche. She says, “Be niche, don’t be afraid to focus on a specific topic or audience…not everyone will get my approach… (but) those who do are extremely passionate and loyal readers. It’s better to have a small following that is excited about your work and believes in you than be a generalist that garners no reaction from readers.”

La Carmina’s advice works in almost every aspect of life and she easily accepts that you can’t please everyone, but really pleasing a target market can make a huge difference. The same can be said of style, dating and even marketing. If you spread yourself too thin or try to reach too many people, you’re going to fall short most of the time; however, if you target your audience and know what you’re after, you can excel and rise to the top just like this blogger.

Finally, there’s blogger Nadine Skyora, also from Canada, but she found her niche in “vlogging” with over 37 countries under her belt. A staple on Fox and Expedia, she advises, “Find something that works and that you like doing…don’t copy others, be inspired by them. You are a unique person and your videos should be, too.” Imitation may be a great form of flattery, but for the most part it doesn’t work unless you’re on the receiving end. Instead, focus on developing a brand no matter what you’re doing; it’s sage advice for both business and life.