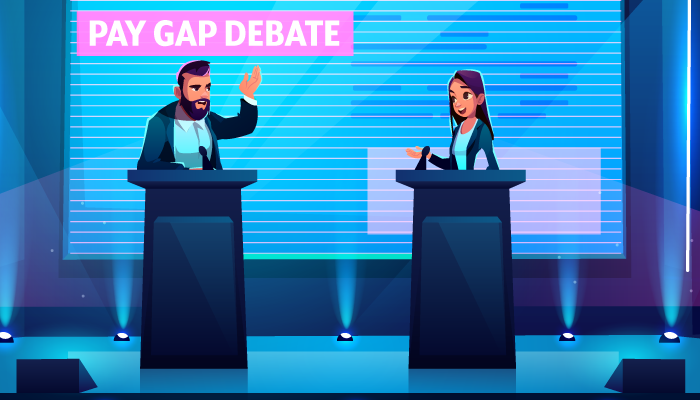 Though not for the faint-hearted, being controversial is a potentially powerful way to attract readers to your blog. Should you do it and, if so, how might you go about it? Let’s explore the idea of being controversial as a calculated blogging strategy, including tips and pointers.

Why do you think some bloggers get loads of traffic on their website while others in the same niche, perhaps with just as much talent, don’t?

You might want to look at the individual topics each blogger is tackling. Tone can be another indicator. To consistently get eyeballs on your posts, you need to create some excitement for readers.

The reality is that controversy – along with good storytelling – goes hand in hand with being interesting. If you do something different from what everybody else is doing, inevitably you’ll end up in controversial territory – whether the controversy is quite subtle or truly inflammatory.

Being controversial in blogging means writing in a way that sows intrigue and division in opinion among readers. A controversial topic sparks debate and discussion in online forums for example. People tend to react emotionally to your emotive content.

How Being Controversial Works Commercially When you suggest something that is in stark contrast to the norm, you get your audience thinking. Each person starts to form an opinion and wants to discover more, whether their goal is to be informed or try to test or confirm their views.

By creating a little intrigue, you can dramatically boost your ability to attract readers. And blogging for traffic is one of the key strategies for building a successful blog.

As an example, suppose you run an ecommerce site that sells protective face masks. Although masks might be an easy sell these days, you could struggle to get attention with your bland medical-looking offerings.

Substitute the drab with some colorful masks and unique designs – perhaps including some that look like they may not work well – and your online store could take off. You may not even need to change your product line. You could just use promotional images that look the most “controversial” to bring in potential buyers.

The topic of how to discipline your children is a good one for showing the power of controversy. A divide exists between parents who believe that spanking is vital in disciplining their children and others who shun the practice. A growing number, probably a majority, favor a penalty-based discipline system (i.e., psychological punishment).

“The Slap” is a TV series that owes it success to controversy and tension created around corporal punishment. The story launches from a central moment when an adult slaps an unrelated child at a social gathering. Trailers for the show raise questions in the minds of the potential audience about whether the slap could at all be justified, and what the ramifications would or should be. Before posting controversial stuff, one tip is to think about how this step could affect credibility. For certain industries, such as education, luxury products, and legal services, having a prestigious brand is highly valuable.

You don’t want to throw away your reputation in a desperate grab for readership. The trick is to be controversial in a way that still protects your blog’s good standing.

An example of how to walk the fine line comes from the post “50/50 Custody Not Working… when co-parenting has negative effects on kids”. While this is a controversial topic for divorced parents, the article is actually balanced and strongly researched.

In this child custody example, the website is able to bring in readers with a somewhat controversial headline and subject. But the article also comes off as reasonable, and considerate to different points of view. Controversy is used to build readership. At the same time, the reputation of timtab.com, which delivers parenting plan services, is at least preserved.

One definition of “controversial” in the dictionary is subject to dispute or contention. A coin always has two sides and many issues have more than that. A controversial blog topic should be something that might spark debate. Readers will normally have differing viewpoints on morality or how to solve a certain problem or issue.

If some people would feel strongly about their stand on an issue, and struggle to keep their thoughts to themselves, they are more likely to react to your blog. But you still need to keep your presentation and any discussion healthy.

Be balanced and a fair moderator to any arguments. Your readers will respect you for this and you’re less likely to lose readers or customers. Remember, even when being controversial, the goal is to pump up your readers and not alienate them.

Tip 3. Have Supporting Evidence Where Needed Proper research and documentation on your blog topics should normally be a priority before you post your written words in public. Your content should have an actual basis, especially the more controversial is the subject. In this way, you can always defend what you write by citing credible sources, with statistics if possible.

Celebrity gossip is a good example to illustrate the point that your research needs to be solid. Most people will not admit this, but malicious talk on blogs about actors, actresses, politicians and rich entrepreneurs consistently attracts a huge pool of readers. People are interested in the personal lives of individuals who are in the limelight.

Suppose you have a celebrity gossip post that becomes viral, and the celebrities themselves read it. Be ready for court cases for libel to be thrown against you. Without good research behind the story, you might need a lawyer to respond to damages claims.

Create controversy – sure – but without the possibility of inciting anger, aggression, or worse as a reaction to your blog. For example, topics to avoid include How to Make Explosives, or How to Stop a Public Figure, or How to Spread Viruses.

In extreme cases, the CIA or the Department of Homeland Security might track you down because your topics are too sensitive. You could be accused of inciting people to commit acts that are dangerous.

Tip 5. See What is Creating Headlines and Controversy

If you’re struggling to find controversial topics for your particular niche, one strategy is to see what is trending more generally in the community. Then you can try to inject those subjects into your blog or social media accounts, such as by linking a topic to a famous person.

Some tips from Shane Barker are to keep a tab on current affairs, pick social issues, and set up your own opinion polls. You can also see what topics on major news outlets and social media platforms are gaining the most shares and comments.