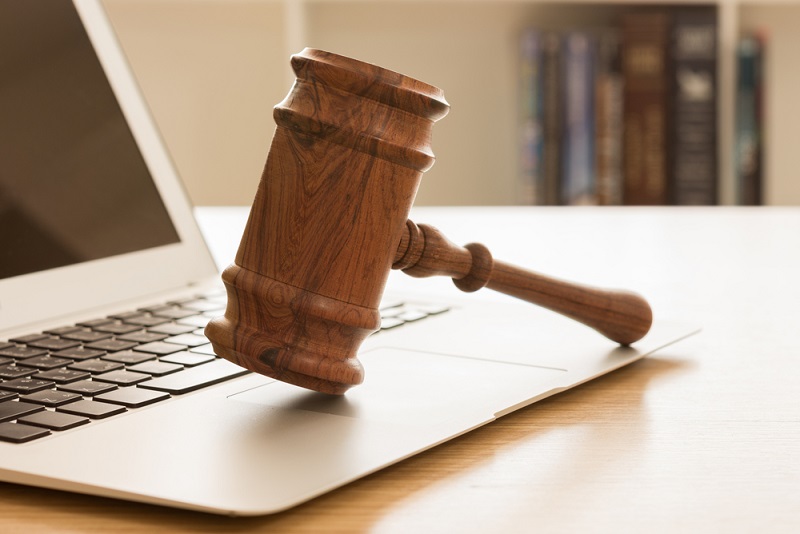 Bloggers, like “traditional” journalists, are protected from legal action by a variety of laws. However, they also have unique responsibilities under the law, and not all bloggers are aware of those responsibilities. What does the law require of you, and how can you avoid a lawsuit?

The laws discussed below only apply to bloggers living in the United States. If you’re not a resident of the United States, your own laws may be very different. For example, while the United States permits Holocaust denial and other forms of repugnant speech, the German government is not as lenient.

According to Sherwin Arzani, a civil attorney in Los Angeles, CA, “This doesn’t give you a right to speak without consequence, however. It’s important to remember that this amendment is all about the relationship between citizens and the government: it doesn’t protect you from other citizens.” As misunderstood as it is lauded, the First Amendment’s protections are the bedrock of a free press and free society. The amendment protects citizens from suppression of speech and censorship by the government, allowing citizens to say just about anything they want without fear of government action against them.

This doesn’t give you a right to speak without consequence, however. It’s important to remember that this amendment is all about the relationship between citizens and the government: it doesn’t protect you from other citizens. It does not protect you against the consequences of your speech from private citizens (being mocked, for example), nor does it require anyone to listen to your speech. And some types of speech are even excluded from the protections of the First amendment. Narrow categories of speech are not protected, like obscenity, child pornography, inciting “imminent lawless action” (calling on a crowd to riot), true threats (not hyperbole or humor) and defamation.

2. Copyright Law and Fair Use

Copyright grants the creator of a work the exclusive right to control use and distribution of that work for a limited time. Currently, the term of copyright for new works by U.S. citizens is the life of the author plus 70 years. Works are copyrighted instantaneously when they are “fixed in a tangible medium of expression,” without the need for any further action on the part of the author. For example, the second you write a blog post, you own the copyright to that blog post.

Copyright law comes up most frequently for bloggers when illustrating their blog posts with photographs or illustrations. If you didn’t create the content, and it’s not in the public domain, you need to get permission from the author to use their work. This doesn’t necessary mean you have to pay them, but you do need permission.

There’s a tricky exemption to copyright law, called “fair use.” This doctrine holds that copyrighted material can be used for certain purposes without permission from the author. The logic is that the public will gain some value from your use of the copyrighted material, so it should be permitted.

Determining the validity of a fair use claim is tricky, but these uses typically have to be non-profit educational uses, criticism or parody. The use must also be “transformative,” meaning it’s legally distinct from the original work and does not intend to supersede or replace it. The use shouldn’t damage the value of the work, nor should it use substantial portions of the work.

For example, if you write a review of an album, it’s perfectly reasonable to quote lyrics from the album as part of your review. It is not reasonable, however, to post every track from the album on your blog for visitors to download.

It’s important to remember that fair use is a defense evaluated by courts, so there’s no guarantee that what you think is fair use counts as fair use until a court says so. This makes fair use claims tricky unless they clearly follow an existing legal precedent. Libel laws exist to prevent people from being lied about without repercussion. Speaking broadly, if a published statement is found to be defamatory and untrue, it constitutes libel, and the publisher can be on the hook for substantial monetary damages.

There are some major defenses to libel lawsuits. Substantial truth is the most important defense. If a factual statement is accurate, it cannot be found libelous, no matter how damaging it might be. Other defenses include statements made in good faith with a reasonable belief in their veracity, personal opinions and reasonable comments on public events.

In the United States, public figures (like celebrities and politicians) have a much higher standard for libel suits. If someone is a public figure, they must show that any libelous statement was made maliciously, with full knowledge of its falseness or a reckless disregard for the truth. President Donald Trump has expressed interest in changing this aspect of libel law, but so far nothing concrete has materialized.

SLAPP stands for “strategic lawsuit against public participation,” and it’s a strategy used by corporations to illegally restrict damaging speech.

Let’s say you break a story about a mattress company, correctly stating that their products contain carcinogenic chemicals. Because your statement is factually correct, it cannot be considered libel. However, the story is highly damaging to the mattress company, so they decide to to sue you for libel to enjoin its publication even though they know the lawsuit is baseless. Now you’re just a small defenseless blogger, and you can’t go toe-to-toe with a large mattress company in court. The discovery process alone would probably bankrupt you. So you comply, removing the blog post to avoid getting sued into the ground by the mattress company. You’ve just been SLAPPed.

Some jurisdictions have laws in place to prevent this kind of abuse of the legal system. In California, for example, there’s an expedited process for evaluating the merit of potential SLAPP lawsuits, freezing frivolous suits until the plaintiff can prove the lawsuit is not simply vexatious. If an anti-SLAPP finding is supported, the plaintiff must pay a mandatory fine and cover the defendant’s attorney’s fees.

Twenty-seven other U.S. states (plus D.C.) have anti-SLAPP laws in place, but you’ll often find differences between each state’s implementation. Get familiar with the laws that affect you at the Public Participation Project’s website.

In some jurisdictions, publishing private information can land bloggers in hot water. In California, for example, if you disclose a private fact that is “offensive to a reasonable person” but not a matter of legitimate public concern, you can be sued for violating that person’s privacy. The newsworthiness is really the key distinction here. If something to considered important to the public discourse, it can be published regardless of how thoroughly it violates someone’s privacy.

Outside the U.S., European Union countries, Canada and England all have distinct privacy laws that might affect bloggers. Make sure that you’re aware of the legislation in your home district, and stay on the right side of the law.

Section 230 refers to Section 230 of Title 47 of the United States Code, which protects “interactive computer service providers” from liability for some content published by third parties using their services. This includes ISPs like Comcast, service providers like Google, and even bloggers like you and me.

The law states that such providers cannot be held responsible for content published through their platform by third parties. This means that if someone were to post a libelous comment on your blog, you could not be held liable for its contents. Section 230 does not apply to intellectual property law (that’s the DMCA’s territory) but it will protect you against many other claims, including negligent misrepresentation, defamation, breach of contract and more. For more information about Section 230, including how approving comments affects your Section 230 protections, check out the Electronic Frontier Foundation’s excellent breakdown. Most U.S. states and D.C. have reporter’s privilege laws, also known as shield laws. These protections allow journalists to keep the names of their sources and unpublished information confidential during legal investigations. If the courts find that you’re a legitimate journalist, you’re eligible for those protections.

While no federal shield law exists, the Justice Department has internal guidelines in place to protect reporters during the course of federal investigations. While these guidelines do not carry the force of law, they do provide some protection to reporters at the national level.

But how do you know if the court would consider you a journalist? Courts use a multi-factor test to determine someone’s status as a journalist. They’ll evaluate whether you had the intention to share information with the public, and and determine whether that intent existed when you began the “newsgathering process.” Courts have repeatedly held that “non-traditional” journalists like book authors and documentary filmmakers qualify for these protections.

You can learn more about the reporter’s privilege laws that affect you from the Reporters Committee for Freedom of the Press.

Good knowledge of these laws should help you prevent a lawsuit, or help you figure out what to do if you do get sued. If something you’ve written has landed you in legal trouble, you should contact an advocacy group (like the EFF) or a lawyer for legal help.