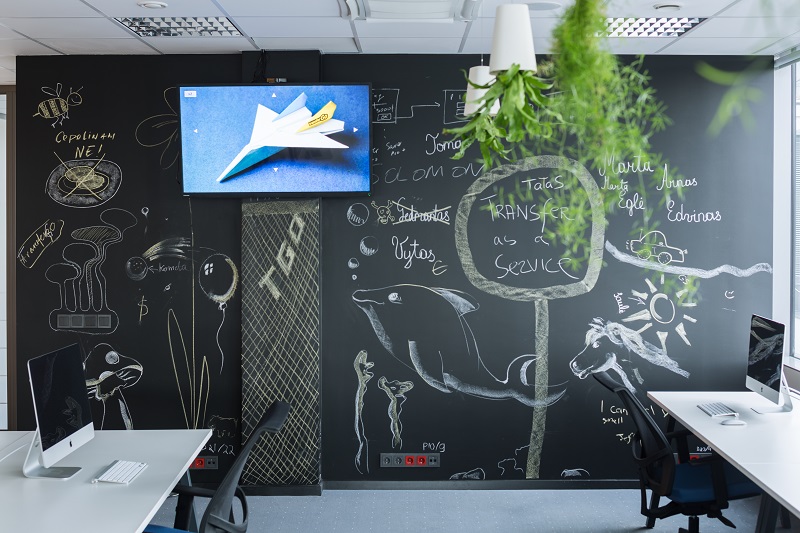 And so it is. Summer in the city.

People are trying to convince you that it’s really hot outside, and you can kind of deduce that while admiring bald, sweaty heads and legs in shorts as people stroll on the street right next to your glass-walled office. Half of your team are on holiday, conquering Facebook with pictures of beaches and sunsets by the sea, while the other half are in the process of packing and expanding their collection of bikinis and swimsuits.

To cut a long story short, it’s not that easy to focus on work during these summer days. That’s why we’re bringing you seven supreme ways of boosting your productivity when the heat is on. Not tested on animals, only on office humans.

Sometimes it feels like there’s nothing better to do than compose a list of your all-time-favourite YouTube cat videos, while in another second you are genuinely surprised by the amount of work that’s rolling in on you like a ruthless blizzard.

The perfect way to avoid this snowball effect is to plan your work in advance. Maybe it’s hard to believe, but apparently that’s what all great people do.

Make this painful process of scheduling easier and use the Trello app. It’s free and can be used individually but also within a team. This way you can plan your work and be more focused on the priorities, especially since the app helps you decide on your next area of focus.

How can you tell that you have just entered a typical office? Do you see men wearing suits, no matter what season, and there is no natural light? And is the main sound that of people crunching on lunch boxes, mixed with the monotonous hum of air conditioning? Welcome to the world of the middle class. The fight is not over yet, so you should put this boredom to an end!

Having a friendly, stimulating office environment is an amazing way of boosting your productivity, because it makes you feel comfortable but at the same time more focused.

It’s helpful to have the space divided into specific sectors where you can deeply concentrate on your tasks or just lie back and chill.

You can always go even further and follow the creative steps of hot FinTech startup TransferGo, which has a proper office swing, right next to the upside-down plans. (We’re talking about shaking things up, right?) It’s scientifically proven that being out among nature not only helps you relax, but also stimulates the activity of your brain. In general, there are two basic types of attention: direct and voluntary. The former is the one used in particular at work, while the latter is the way we respond spontaneously to the pleasant sound of a flowing river or singing bird.

The thing is, direct attention is not bottomless. It has its limits, which are mainly associated with feeling burnt out and exhausted. (Sounds familiar?)

So take advantage of the beautiful summer weather and go and work in the wild (or at least in a garden). You will be more productive and complete all your work assignments much faster and with better results.

Alternatively, you can always go to your business meetings on foot instead of driving. Motion stimulates ideas.

The well-known Pareto rule says that on average it takes about 20 per cent of the total time spent to obtain 80 per cent of the results. This law applies to many different areas of life, not only to our careers.

With regard to work, the 20/80 rule suggests you focus on the least important tasks when you are also the least effective. Consequently, when you are super focused and productive (in the early morning, after your second coffee, or in the middle of the night), you should tackle the most difficult problems.

Also, you can mix the Pareto rule with the Pomodoro technique, which is breaking down the total amount of work into intervals of 25 minutes so you could focus on one task completely.

Do you know that music can make you cooler? And not only cooler in a being-less-hot way. The right soundtrack, especially of classical music, is able to maximise your learning and concentration skills. It’s known as the Mozart effect. It’s been proven that being exposed to the music of the Austrian genius can noticeably improve the performance of certain kinds of mental task.

Why is that? According to experiments conducted by researchers from the University of California, the processing of music shares some of the pathways in the brain with memory. That’s why it’s so profitable to listen to Mozart, especially during tasks that involve a great deal of thinking and remembering.

So if you want to refresh your brain on a summer afternoon at work and also stimulate it, play The Magic Flute and let your enhanced mind conquer the world!

Be ambitious yet realistic

Achieving your goals is not only about dedication. It’s also – yeah, you guessed it – about planning. It’s great to think big and shoot for the stars, but at the same time you have to be at least a little bit down to earth. There are different kinds of goals – one can be achieved in one week; another will take more than one month. This diversity of goals and their different levels of difficulty is essential, as bigger ambitions make you enjoy the fulfilment more.

It’s also proven that people who are successful in reaching their goals usually write them down.

The myth of multitasking was alive and kicking for a pretty long time. Checking e-mails while chatting on the phone and planning a schedule for the entire week ahead looks like the way many of us deal with everyday responsibilities.

But what scientific explanation is there for this common urge not to waste a split second of the day?

Maybe you haven’t noticed yet, but multitasking feels really good; it brings fulfilment. That’s because, on a biochemical level, it leads to the release of dopamine, which is one of the hormones responsible for our happiness. Each time our attention is captured by a new tweet or a push notification, we biologically reward ourselves for getting so many things done at once. And, obviously, we get easily distracted.

In the bigger picture, multitasking makes us stressed out, because the process triggers the release of cortisol, which is a stress hormone. Research clearly suggests that multitasking lowers your productivity. So it’s high time to forget about it and focus on one thing only!

Do you think that marijuana can slow us down? It seems that multitasking can be not only less amusing than smoking weed, but also more harmful.

Now the summer spent at the office in a breeze of air conditioning doesn’t feel that terrifying, does it? And what are you favourite ways of dealing with summertime sadness at work? Share your thoughts!

Dominika Chmiel is Communications and Community Manager at TransferGo, a fintech start-up based at Level39 in Canary Wharf, London. With 5 years experience in advertising on both sides of the Channel Tunnel, after completing her MA in Creative Writing currently she’s working on her first novel.

Next guide: 3 Things You Can Do If You Have Too Much Work