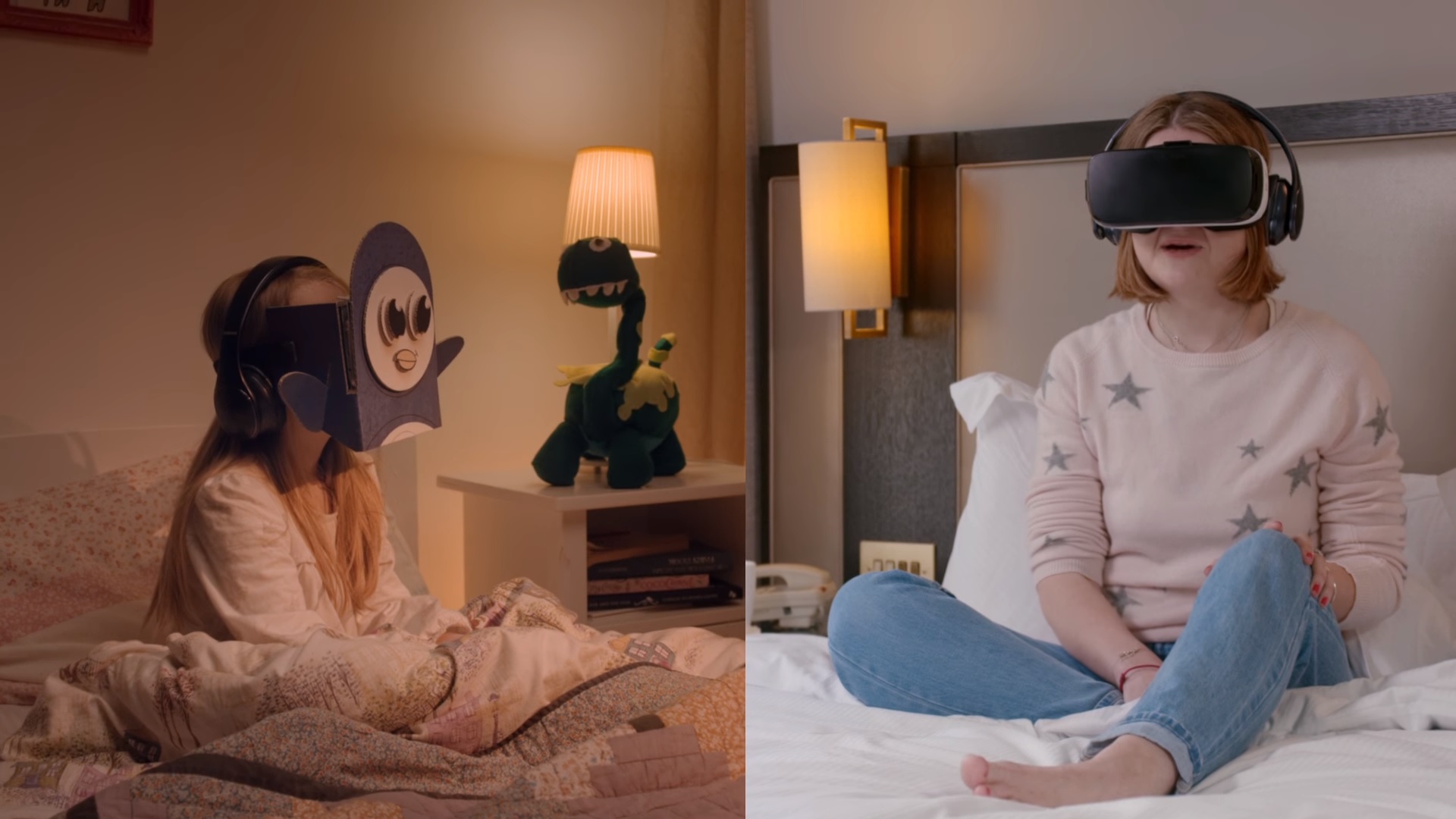 Technology has slowly creeped into every aspect of our daily life, even family life. The picture of a family eating dinner together, each with their eyes glued to a smartphone or tablet, has become a normal sight. Tech giant, Samsung wants to take this step further with an idea that many are calling dystopian. The company’s latest push is to give bedtime stories a virtual reality twist.

Recently, Samsung unveiled the Bedtime VR Stories app. Being marketed as “the future of children’s bedtime,” the company says the app “combines the latest innovations in virtual reality with the power and importance of traditional storytelling.”

The company is quick to explain they aren’t trying to replace traditional bedtimes routine and take away parent-child interaction. Creators say the app was meant to help parents remain connected to their children while they are away from home. A surprising large amount of parents live away from their children or travel a lot for work, such as deployed serviceman or a parent sharing custody.

The app is meant to work with Samsung’s Gear VR headset and is currently being tested out by families in the UK.

“Parents will be able to tell their children a bedtime story like no other with both parent and child transported to far flung worlds and galaxies, interacting with dinosaurs, arctic animals and robots,” a spokesperson explains. “However far apart they are, parents will be able to share that all-important bedtime story with their child, using VR technology to connect them in the same virtual world. The child will even hear their parent reciting the story and be able to interact with their parent as though they are in the same room.”

There are many obstacles that Samsung will encounter as they try to boost support of their latest idea, such as the use of VR headsets not being recommended for children under 13.

Good luck trying to get your teenager to join you for a bedtime story.