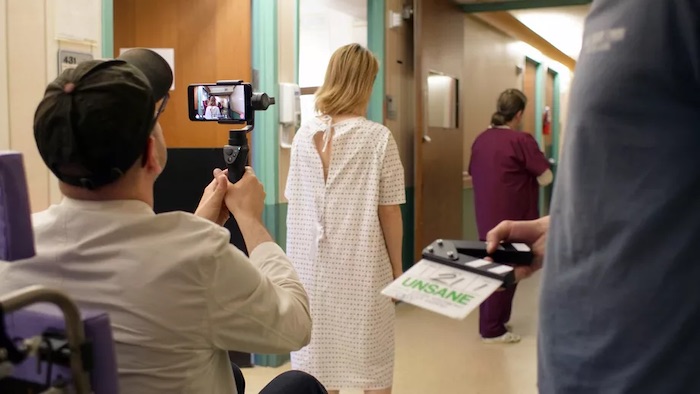 A few decades ago, who would have thought that we could record videos with our phone, let alone make a movie with it. Well, that’s what happened in 2018. Veteran filmmaker Steven Soderbergh shot a movie called “Unsane” entirely on iPhone 7 Plus!

He was so excited about the project and called the iPhone as the future of filmmaking. Maybe that statement is a bit of a stretch, but no one can deny the potential of today’s smartphones in recording high-quality videos.

Related: How to Optimize a Web Design for Video Content

If you’re planning to create videos without actually spending money on a real camera, we’ve got some tips to help you record videos on a smartphone. Whether you do it for fun, for your Instagram content, or to create a professional-looking video for YouTube, these 10 tips are made for you.

10 Tips on Recording Video Like a Pro With Your Smartphone

Write Down the Concept

No matter what your purpose of making a video is, if you want to create a professional-looking video, then do it like a professional. Create a concept of what your video will be, and then write it down. List down all the things you need to make this video and calculate the budget.

Apply the classic 5W1H, what the video is all about, who will be the actors, where the action is taking place, when will you film the video, why you want to create this video, and how are you going to film it.

Once the concept is fixed, it’s time to gather a team to help you pull this off according to your budget. It’s especially important if you want to create high-quality content for YouTube or IGTV.

The ideal team of a professional video production company consists of actors, a scriptwriter, a director, a camera operator, an editor, a lighting director, an audio technician, and a set designer.

Of course, at this stage, you may not have the budget or connections to hire those people. So, just gather your friends and make the most of it.

Set up Your Phone Properly

When everyone is ready, make sure that the recording device is ready too. The first thing to set up is the video resolution. The most common video resolutions are 1080 HD and 4K. Usually, professional video makers prefer 4K, although the size is 4 times bigger than 1080 HD.

The second thing is the frame rate. It sets up how many frames per second (fps) your video will record. The higher the frame rate, the smoother the video will look. The most common frame rates are 24 fps, 30 fps, and 60 fps, with 30 fps being the most used in the U.S.

Next, buy additional accessories to enhance your smartphone’s ability to shoot videos if you’re still not satisfied with the quality. For instance, you can purchase an additional lens to record a wider shot without degrading the video’s quality and a microphone to boost your video’s audio.

If you need to shoot a building from the air, you can also purchase or rent a drone. There are even some drones that you can control with a smartphone.

Use a Tripod to Keep it Steady

Unless you have really steady hands and years of experience, shooting a video without being shaky with your bare hands seems like an impossible task for most people. That’s why we recommend you to use a tripod, a stabilizer or any kind of handler to keep your video steady.

As addicted smartphone users, we’re so used to using our phones vertically because that’s how the screen is made. It’s confirmed by a survey that suggests that 94% of people interact vertically with their phones. In recording videos, our habit is also shaped by Snapchat and Instagram Stories that mostly use vertical videos.

Aside from snap videos, don’t ever record a video vertically. We live in a world where everything uses widescreen─ PC monitors, TVs, cinemas, and tablets. Record horizontally so that your video will translate well when viewed on other devices.

A smartphone’s camera is not built to react to a sudden change in lighting, so make sure to shoot in a bright area that offers steady lighting during filming. However, don’t shoot directly into the source of light like the sun or a lamp to avoid backlighting.

If you have to record a video in the night or in a low-light area, don’t ever use flash because it only makes your video quality worse. It’s better to spend a little money to rent studio lighting kits.

Have Another Phone as an Audio Recorder

If you attempt to make a speaking-based video content like an interview, a vlog, or a food review, I strongly recommend you to have at least two phones for the video shooting. One is for shooting and the other one is for recording the audio.

Put the second phone in the subjects’ pocket or near them to capture a cleaner voice. Later on, in the editing process, you can easily sync your visual video with the voice.

Don’t Ever Use Digital Zoom

Unless your phone has an extra optical lens, which most smartphones don’t have, never use the zoom feature on your phone camera. Why? Because smartphones that don’t inherit the optical lens will zoom in digitally, resulting in a blurry and low-quality shot. To zoom in on your objects, it’s better to just walk towards them.

Learn the Rule of Thirds

This is one of the most important basic skills to master if you want to create a good quality video. Mastering the basic composition knowledge of photography is one thing, but the composition of moving images is entirely something on another level, although they do share similarities.

One such similarity is in the classic Rule of Thirds. This is one of the things they teach you first at a photography school. Basically, you need to activate the grid option in your phone camera first, something like this:

The rule is, you should shoot your object at the intersections between two lines, just like the image above. Focus on the object’s eyes, you can cut the top of the head but never cut the chin. Of course, this theory was made as guidance, you don’t always need to follow it.