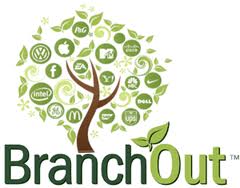 Facebook professional growth app BranchOut has caught on with Facebook users at a rate of 3 new users per second and now in celebration of the company’s 25 million users milestone the company has released an official infographic that celebrates BranchOut’s growth and its recent $25 million in Series C financing ($49 million to date).

In the infographic some interesting numbers are shared, for example BranchOut took just 16 months to reach 25 million users whereas LinkedIn took 65 months to reach that same level of service. BranchOut also points out that it is more apt to grab a more broad audience including “new college graduates, retail workers, nurses, software engineers and military veterans re-entering the workforce.”

The graphic also shows how reliant the company is on Facebook, using the social network to attract 55% of its user base. The company also shows its global reach with 40% of users in the United States and 60% located at international areas all over the world.

Have you tried BranchOut on your own? Let us know what you think of the company’s services
James Johnson April 20, 2012
Share
Tweet
Pin