Here’s a roundup, of sorts, of a few of the happenings around the blogosphere, search and social media over the past couple days. Cuil, the search engine that nobody has ever heard of, has jumped the gun on the tried and true “let’s dominate search and then try to transform ourselves into content producers” recently with it’s launch of Cpedia, an automated aggregator they’re trying to pass of as Wikipedia-like.

“The other piece of advice came from Bill Joy. He told me that people did not want a search engine or a list of results. He said we should build something that wrote an article — more like a magazine than a list of hits. I didn’t know how to do that at the time, but the idea stayed with me, and Cpedia (pronounced see-pedia) is a version of that dream…”

..and that dream seems to have come to fruition right at the time everybody is realizing how profitable content mills and automated scrapers really are. Coincidence? Google CEO Eric Schmidt guest starred spoke at the American Society of News Editors conference recently where he tried to lull traditional media worrywarts into a false sense of security by telling them:

“There is an art to what you do. And if you’re ever confused as to the value of newspaper editors, look at the blog world. That’s all you need to see.”

Not only does that statement berate blogging and bloggers in general, including the millions pumping out content on Google-owned Blogger.com, didn’t he just dis many of the attendees as well? All the major media outlets have blogs, and bloggers, nowadays, don’t they?

Twitter’s earthshaking announcement, the one where they unveil their much anticipated business model, came on Tuesday April 13: We didn’t see that coming now, did we?

“Q: What are you launching? What are Promoted Tweets?

A: We are launching the first phase of our Promoted Tweets platform with a handful of innovative advertising partners that include Best Buy, Bravo, Red Bull, Sony Pictures, Starbucks, and Virgin America — with more to come. Promoted Tweets are ordinary Tweets that businesses and organizations want to highlight to a wider group of users.”

But the real bit of news is this…

A. Before we roll out more phases, we want to get a better understanding of the resonance of Promoted Tweets, user experience and advertiser value. Once this is done, we plan to allow Promoted Tweets to be shown by Twitter clients and other ecosystem partners and to expand beyond Twitter search, including displaying relevant Promoted Tweets in your timelines in a way that is useful to you.

Here, let me translate that into something that’ll ‘resonate’ better with you all, especially the developers who’s mobile and desktop clients Twitter will be pushing their ads out to your users on…

What did you expect? 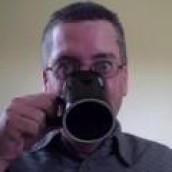 Paul is a long time blogger and occasional contributor to the Blog Herald. In his copious free time, he drinks coffee and generally makes a nuisance of himself online.