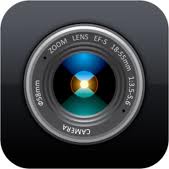 Social video sharing app Viddy wants to be the Instagram of mobile video sharing and the company is on its way to reaching that goal after attracting more than 26 million users and a market valuation of $200 million.

A recent report by The Wall Street Journal has also found that Viddy is currently signing up 1 million new users per day.

After Instagram’s success many company’s decided to focus on video to differentiate themselves, for example the application Color which started as a photo app is now offering streaming of live video that can be shared on Facebook, however that app just passed 1 million users.

Other competitors in the space include the even larger SocialCam which now has 36 million users and the Leonardo DiCaprio-backed Mobli Media which counts 3 million users among its ranks.

Much like Instagrams filters Viddy offers a similar type of setup for video, allowing amateur videographers to grab video on their phone and then convert them to a unique look.

Among the apps users is Facebook CEO Mark Zuckerberg who joined the platform in April and shared video of his dog, Beast.

Do you think Viddy deserves its $200 million market valuation?