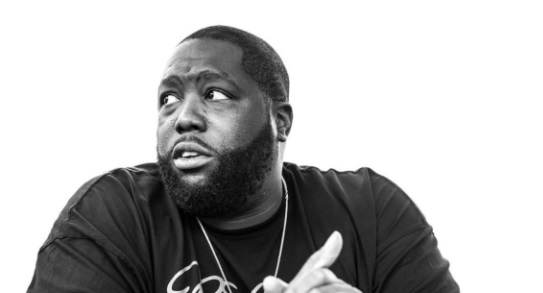 In this day and age, we live with the unfortunate truth that the President of the United States has decided that the best way of communicating with the public is through the 140- character format of Twitter. While these tweets range from slightly strange to borderline demented, it’s almost impossible to look away: it’s rare these days that we can get through a news day without hearing about another contentious tweet from Mr. Trump.

While you may be tempted to delete your social media accounts and go live in the woods, we have good news for you: there’s a still a lot of great, interesting stuff being posted on Twitter by visionary artists who believe in speaking truth to power and standing up to ignorant trolls. Artists like Killer Mike from Run the Jewels, Taylor Swift, Josh Tillman (Aka Father John Misty) all run super interesting social media accounts that address current events and sometimes create a sort of artistic narrative in-and-of themselves.

If you only look at the discouraging corners of the Internet, then it’s easy to get depressed. However, if you look to successful musicians who’ve kept their wits about them even in the face of fame, you can find hope, inspiration and a couple of laughs. If you’re an aspiring musician yourself, you might even pick up some indispensable tips that inspire you to head to a Long & McQuade music store for some home-recording gear – someday you too could be an inspiration to thousands of fans.

Killer Mike, for example, runs an account that is not shy about his weed loving 4:20 habits, his love of left wing socialist politics (he heavily endorsed Bernie Sanders in the 2017 election and was introduced by a video-clip from the Vermont politician at Coachella) and his condemnation of police brutality and institutional racism. It is a social media account that could be very inspiring to young African Americans and eye opening for suburban Caucasians. Taylor Swift, in the same category as Lorde, tweets carefully thought out feminist nuggets that surely give many young women who feel oppressed or under-represented hope. She is the anti-thesis of Kanye (considered by some the Donald Trump of the music industry), who referred to Swift in a condescending manner on a single from his 2016 release Life of Pablo. Taylor Swift exhorted her fans over twitter never to let a man take credit for your own personal success.

Social Media Validation: How to Validate an Idea

Father John Misty is the definition of a social media prankster, he is constantly deleting and redefining his Twitter account, offering up captions to seemingly mundane stock photos, captioning the old computer game The Sims and even poking gentle fun at Ryan Adams’ cover of Taylor Swift’s album, 1989. This tweet actually amused Swift, rather than infuriating her like most of Kanye’s probably do.

Above and beyond these strange and inspirational Twitter accounts, there are a lot of folks who are just a good time to follow: folks such as Ezra Koenig from Vampire Weekend, Rihanna (the exploits of bad girl Riri are legendary) and Detroit Rapper Danny Brown. So don’t be discouraged by depressing news and over the top grand standing – social media is still a force of good in the world!