Most modern advertising and marketing strategies are trite, because they’ve been used hundreds–if not thousands–of times before. Consumers have seen the same ads so many times that they’ve now grown accustomed to them. These days, vanilla marketing by itself just isn’t enough; you need to be innovative and think outside the box. That’s exactly where guerrilla marketing comes into play. END_OF_DOCUMENT_TOKEN_TO_BE_REPLACED 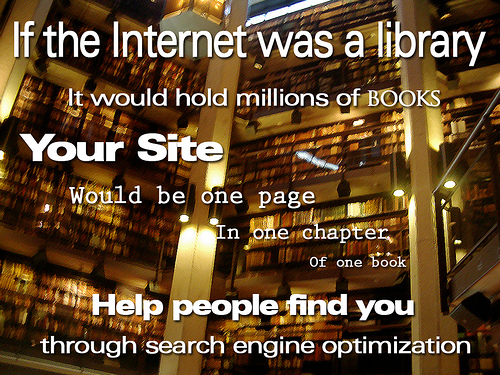 Registering a domain name and turning it into a profitable blog takes time. It takes patience, hard work and quite a few clever decisions. Some people would even argue that at times it takes a little bit of luck. The one thing that’s for certain is that it’s not easy.

Though most people know how difficult it is to create a profitable blog, many are surprised to learn how easy it is to kill one. Getting noticed might take a long time but losing the lions share of your readers can be achieved surprisingly quickly.

If you’ve been enjoying a certain amount of blogging success of late, here are seven mistakes that you should avoid making at all costs. END_OF_DOCUMENT_TOKEN_TO_BE_REPLACED

Mashable writes about the Scribd Store, and it got me thinking. Ebooks is often the logical spinoff product for a blogger, and while it might sound appealing to end up on a Kindle, the chances of that are just ridiculously small at this time. No, if you want to be read on an e-reader of choice that is not in fact a disguised surf tablet, you’ll have to rely on ebooks.

Enter Scribd, the document hosting service that lets you embed docs in all their glory, and their store. If Scribd could built a central place for people to buy ebooks and reports, then that would be a great deal for bloggers. END_OF_DOCUMENT_TOKEN_TO_BE_REPLACED

I can’t see any other reason than Twitter wanting to open the partner floodgates with this blog post, profiling the recently hired business manager Kevin Thau. Sure, a welcome post is nice and all, but doesn’t this scream “please get in touch with your brilliant monetizing ideas so that we can make a few bucks!!!” to you?

For now, Kevin is assessing all opportunities, picking up ongoing threads, and also actively working on our mobile business strategy. If you send email to our partner address or to kevin (at) twitter.com then you will be corresponding with the intrepid Mr. Thau.

Maybe I’m cynical, but I don’t think they have any solid ideas on how to monetize Twitter, other than the obvious ad solutions. Hopefully they’ll prove me wrong and do something funky with the mobile carriers? Los Angeles Times runs a piece on Twitter, focusing on how to make money on the service. They’ve got co-founder Biz Stone to mention some of the models considered, like the corporate accounts approach, as well as identity verification. I like that last one, it is funny since it point to a flaw in social media rather than actually adds something that shouldn’t already be there:

That being said, the article is more focused on the ad services already running on Twitter, especially since Stone himself doesn’t consider ads at this time. Twittad is mentioned, obviously a more successful service that I could’ve guessed. END_OF_DOCUMENT_TOKEN_TO_BE_REPLACED