What do Jimmy Fallon, the New York Times, Twitter and Neil Pasricha (WHO?!) have in common? They will all be recipients of the coveted Webby Award in June.

We must tip our cap to Neil Pasricha, owner of 1000AwesomeThings.com. The everyman blogger has taken his Website, which is counting down one thousand “awesome” things, to the big show. END_OF_DOCUMENT_TOKEN_TO_BE_REPLACED 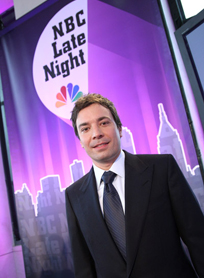 The Webby Awards winners were revealed today in a wide range of categories, including websites, online film and video, interactive advertising, and mobile websites.

Webby Person of the Year goes to Jimmy Fallon who broke new ground by using the Internet to hone his late-night-hosting chops before the TV launch of his talk show. He became one of the most ardent online evangelists interacting with fans through his blog and Twitter, inviting feedback on his skits, and even hosting a contest that allowed fans to select the Late Night with Jimmy Fallon logo.

As expected, Webby Breakout of the Year goes to Twitter, which has grown by 900% in the last year alone.

A full list of winners can be found at WebbyAwards.com.

The nominees for the 2009 Webby’s are out, and so is the People’s Voice voting site where you can pitch in until April 30th (registration required). This is the 13th annual Webby Awards, and as always there are a ton (or 70-ish) nominees in a wide variety of categories.