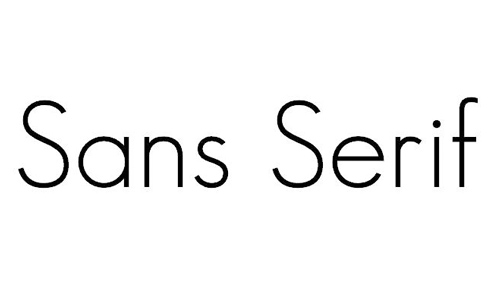 When it comes to building a blog, we often spend time considering theme, layout, reader personas, content, plugins, and other features. However, it’s imperative that you add font to this list. While it may not appear to be a big deal, choosing one font over another can make a very big difference in how your blog is received.

5 Tips for Picking the Right Font

Before getting started, it’s important that we all understand exactly what a typeface is. While most people are familiar with scrolling through the different font selections in Microsoft Word or WordPress, many of us don’t have any understanding of typeface beyond these basic selections.

A typeface is basically a family or series of fonts that share a set of common and simple characteristics – such as shape, weight, and size. However, when you really dig into meanings behind different typefaces, you’ll realize that there’s nothing “simple” about picking the right font for your blog.

While it would be an oversimplification to say that all fonts fall into one of two categories, there are two basic overarching categories that the majority of fonts can be classified under: Serif and Sans-Serif.

Other basic types include script – or handwriting-style fonts – and decorative or display fonts, which typically aren’t very practical. Understanding these categories will help you as you strategize.

Contrary to popular belief, your blog doesn’t have to select a single typeface and use it in every title, header, post, and comment. You can use multiple fonts – but make sure they are consistent with each other.

Take President Barrack Obama’s 2008 campaign for the Oval Office as an example. They turned to a well-known typeface, Gotham, for most of their campaign materials, but also chose secondary fonts like Liberation Serif and Snell Roundhand. Each had subtle differences, but they were consistent with one another.

While it seems like an obvious tip, you’d be surprised how many designers fail to consider legibility when choosing a typeface. They go with something unique and trendy, but don’t think about readability on different screens and browsers.

When it comes to legibility, think about character shapes, width, height, stroke contrast, and ascender and descended length. Unsure of what these different elements are? Check out this helpful guide.

How to Accelerate Your Blog Growth with TikTok

Choosing the typeface for your blog shouldn’t be a selfish decision. In fact, it shouldn’t have anything to do with you. Instead, put the audience first and consider their preferences, needs, and desires.

After considering the audience and their desires, come back to your brand. Do the typefaces you’ve honed in on do justice to your brand? While it’s important to keep the audience satisfied, you also have to respect your brand’s integrity with a consistent typeface that aligns with your values. Don’t overlook this step.

Choosing a font should be fun and exciting. Don’t let it overwhelm you. By keeping these five tips in mind, you can approach the process in a strategic and exciting way.