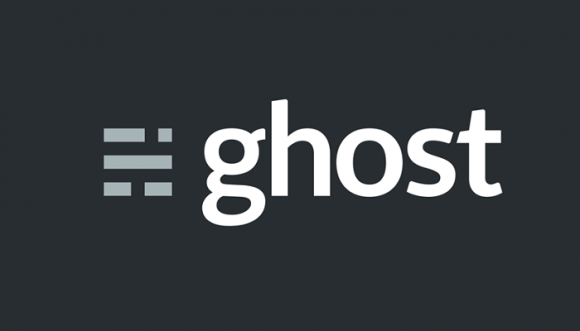 A number of interesting social media tools for bloggers have emerged in 2017, but let’s not forget the power of a solid blogging platform. Without a reliable foundation for your blog, maximizing online exposure through social media is like putting the cart before the horse.

Starting and running a blog that can grow into a business requires specific tools of the trade. Many of which are completely foreign to new bloggers. You have something to say, but putting those words onto a web page isn’t always intuitive.

One of the newest publishing platforms for bloggers has been four years in the making, but all that research and development won’t cost you a penny. Ghost 1.0 is the latest free platform to give bloggers a WordPress alternative. In 2013 John O’Nolan made the Ghost publishing platform available on Kickstarter. It was a simple prototype of an open source blogging platform, but people saw the potential. In addition to raising over $300,000 in startup capital, O’Nolan got 2,600 commits. Today, there have been more than 1.2 million downloads.

The prototype that was introduced on Kickstarter was a promising challenger for large, well-known content management systems that O’Nolan himself was using. Through his experience, O’Nolan found (as many others have) that the powerful content management systems (CMSs) were too complex for the majority of bloggers, but the simple CMSs had little to offer. The goal of Ghost, as O’Nolan put it, is “promoting and enabling real writing for the web.”

If anyone could create a robust, intuitive publishing platform for bloggers it’s O’Nolan. He’s a web designer who spent time as the Deputy Head of the WordPress UI Group.

Back when Ghost was first introduced it had a real-time, side-by-side preview feature that shows publishers what the final page would look like as they work. Multiple roles could be assigned through the system for writers, editors, and administrators. Ghost also boasted a statistics gathering system that could give publishers insights into how users were responding to their content. To make the conversion easy, Ghost was also setup to allow programmers to quickly convert code from their WordPress blog to the Ghost native framework.

For $16, Kickstarter funders were given early access to what would become the free Ghost platform. The 2,600 funders didn’t just give O’Nolan the capital he needed. They also helped him fine-tune the 1.0 version and get it ready for the rest of the world.

What Makes Ghost Different From Other Blogging CMS First and foremost, O’Nolan makes it clear that Ghost isn’t designed to be a content management system. Instead, it’s focused on publishing content. That said, it does have a searchable archive with tagging features when you do need to pull up an old post. And unlike many of its competitors, Ghost is a non-profit that makes the publishers the priority, rather than profits.

Another key distinction is that O’Nolan brought his designer mindset to the creation of Ghost. Typically, CMS and publishing platforms are the brainchildren of developers who understand the back end much better than everyday bloggers. With O’Nolan at the helm, the back end of the platform and the pages it produces look fantastic.

Right from the start, Ghost sets itself apart from other CMSs in the fact you download a self-hosted version. If that’s a little too high-speed or more maintenance than you want to take on, you can also use O’Nolan’s hosting service to try Ghost for free. Ghost is dubbed as an editor for writers. Although Ghost uses a traditional Markdown editor, it also has a new block-based editor that’s called Koenig. The new editor makes it easier to edit within blocks of content. And you can create more complex layouts with blocks using MobileDoc and Ember.js.

The open source nature of the Ghost platform means that it is continuously growing and evolving. One of the newest features is a content scheduling tool that allows publishers to set a post time in advance.

The features and flexibility have attracted some big-time publishers. Now, heavyweights like Mozilla, Tinder, Vevo, and Zappos are all on the Ghost publishing platform.

In addition to the open source content management system, the Ghost team has initiated what they call a journalism program. O’Nolan has stated that Ghost’s mission has always been to support and promote journalism.

The journalism program will help three online publishers grow their audience this year by offering guidance and promoting their posts. O’Nolan and his team are also offering each recipient $15,000 in Ghost(Pro) credits. If that wasn’t enough, the three lucky publishers will also have full access to internal Ghost tools and data, get engineering help from the Ghost team and get a free pass to the annual Ghost retreat.

The ultimate goal of the journalism program is to help the next big news source get off the ground – with the Ghost platform behind it, of course.