The bitcoin market is no stranger to controversy. Ever since its conception, there are sceptics that question the viability of bitcoin as an alternative to paper currency. However, even they cannot deny the numerous advantages of cryptocurrency especially when it comes to wireless transactions. END_OF_DOCUMENT_TOKEN_TO_BE_REPLACED

It’s something that no blogger ever wants to see: A message from a reader, telling you that something is wrong with your site. Hackers can do any number of things to your blog if they gain access to it, from installing malware to completely replacing your existing content with something else (usually offensive), to causing redirects to other harmful sites, or even locking you out entirely to make it difficult to reclaim your work. Not only does getting hacked mean several hours — or even days — of work to recreate your blog, but it can also damage your reputation if you don’t handle the recovery right. END_OF_DOCUMENT_TOKEN_TO_BE_REPLACED

END_OF_DOCUMENT_TOKEN_TO_BE_REPLACED

We hear about cybersecurity all the time, and we know “everything” we need to do in order to make sure that we are safe from unscrupulous individuals who branch out their illegal activities online.

On a personal level, you might have to admit that you do not change your passwords regularly or that you use the same password across several accounts. We know what happens when hackers get into the databases of credit card companies and even gaming entities.

On a larger scale, cybersecurity is even a bigger issue.
END_OF_DOCUMENT_TOKEN_TO_BE_REPLACED 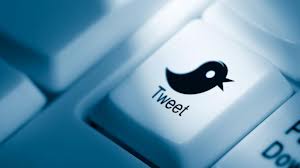 With Twitter accounts being hacked left and right the company on Thursday debuted a new email authentication platform to fight back against forged Twitter email addresses.

Twitter announced the inclusion of DMARC, a technology that prevents cybercriminals from sending emails to users via fake Twitter.com addresses.

“We send out lots of emails every day to our users letting them know what’s happening on Twitter. But there’s no shortage of bad actors sending emails that appear to come from a Twitter.com address in order to trick you into giving away key details about your Twitter account, or other personal information, commonly called ‘phishing’.”

Twitter implemented DMARC earlier in the month but chose to officially roll out its announcement after the Twitter accounts for Jeep and Burger King became the victims of hackers. END_OF_DOCUMENT_TOKEN_TO_BE_REPLACED