Yahoo finally encrypts its email servers (via The Inquirer)

INTERNET PORTAL Yahoo has made good on its promise to encrypt its popular webmail service. The company had received a lot of criticism for not invoking https encryption on its webmail service a decade after most rival services did. From today, the Yahoo…

END_OF_DOCUMENT_TOKEN_TO_BE_REPLACED 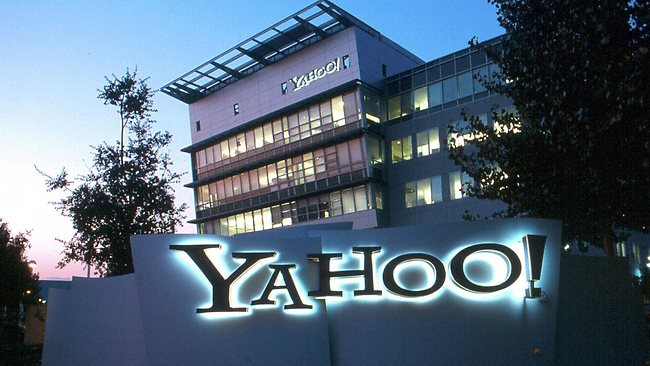 The deal is part of a talent acquisition that will leave the original Alike program without a supporting staff.

Yahoo and Alike have not revealed specifics about the deal.

Alike was created by a talented founder in former Microsoft and Zillow employee Maria Zhang.

If you are unfamiliar with the tool it providers recommendations about local businesses to users who have visited those locations in the past. Alike also uses historical data to suggest new places to visit.  END_OF_DOCUMENT_TOKEN_TO_BE_REPLACED

After news leaked out that Yahoo! was shutting down Delicious (then announcing plans on selling the social bookmarking service), it looks like the former internet titan has found a new lease on life under new leadership.

Today, we’re pleased to announce that Delicious has been acquired by the founders of YouTube, Chad Hurley and Steve Chen. As creators of the largest online video platform, they have firsthand experience enabling millions of users to share their experiences with the world. They are committed to running and improving Delicious going forward. (Official Delicious Blog) END_OF_DOCUMENT_TOKEN_TO_BE_REPLACED

Yahoo Buzz is being discontinued.

The company announced on the Buzz site on Monday that it was a “hard decision” while adding, “however this will help us focus on our core strengths and new innovations.”

The company will allow the product to run through April 21, providing customers with enough time to remove Yahoo Buzz buttons from their web properties.

Buzz was a success during it’s early launch in February 2008, overtaking Digg in May 2008 according to comScore reports, however the aggregator quickly lost market share to social media sharing on Facebook and Twitter, while sites such as Digg and in a larger way Reddit continued to build stronger products while Buzz continued on a rather stagnant non-innovation path.

Personally I was never a fan of the platform, Yahoo appeared in many cases to push their own networks content to the top of popular pages by muddling up what was actually user voted content and what content was placed on the site by Yahoo editorial staff. At it’s core the system favored Yahoo editorial choices and not those stories voted by users which took away from the social aspect of the program. END_OF_DOCUMENT_TOKEN_TO_BE_REPLACED

Has the former search giant finally sold off Delicious? Reportedly Yahoo! was able to find a buyer for the former book marking service, although they apparently sold the platform at a loss.

We’ve received a solid report from a reliable and proven source that Yahoo has sold social bookmarking site Delicious for $5m+. […]

After a heated bidding process, the site has reportedly been sold to a rival bookmarking service – who exactly we’re unsure of but we’ll update once we have confirmation. (The Next Web)

It’s still unclear who allegedly bought Delicious, although if the information above is correct then Yahoo! sold the company at a loss (as they previously bought delicious for $18 million).

While some may suspect Google could have purchased the service (as the company also offers users a social book marking tool), it could have been a much smaller company instead.

Yahoo! as expected is being tight lipped regarding the reports, (they’re refusing to confirm or deny the report), although we will stay tuned for more details to see whether or not Delicious fans have new owners.